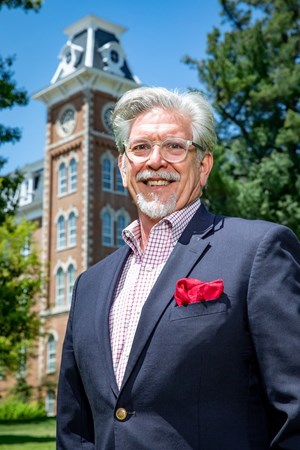 Curt Rom is the interim dean of the Graduate School and International Education, beginning Jan. 1, 2022.

Rom moved to the dean’s role after serving six years as the associate dean for international education. He previously served as interim dean of the Honors College from 2014-2015.

An active member of numerous professional organizations, Rom is a past Fulbright Fellow, and served as a Presidential Fellow for the Association of International Education Administrators. He is affiliated with the Association of International Education Administrators, the Council of Graduate Schools and the Conference of Southern Graduate Schools.

Rom is a native of Fayetteville and a lifelong Razorback. He earned a bachelor's degree in horticulture from the U of A in 1980 and received his master's and doctoral degrees from The Ohio State University. He joined the U of A faculty in 1989 and became a full professor in 2005.

Rom is a member of the University of Arkansas Teaching Academy and served as the organization's president from 2004 to 2006. He has received more than 20 awards for his research, service and teaching during his time at the U of A, including the Outstanding Faculty Mentor Award presented by the University Office of Nationally Competitive Awards for five consecutive years 2012-2016.